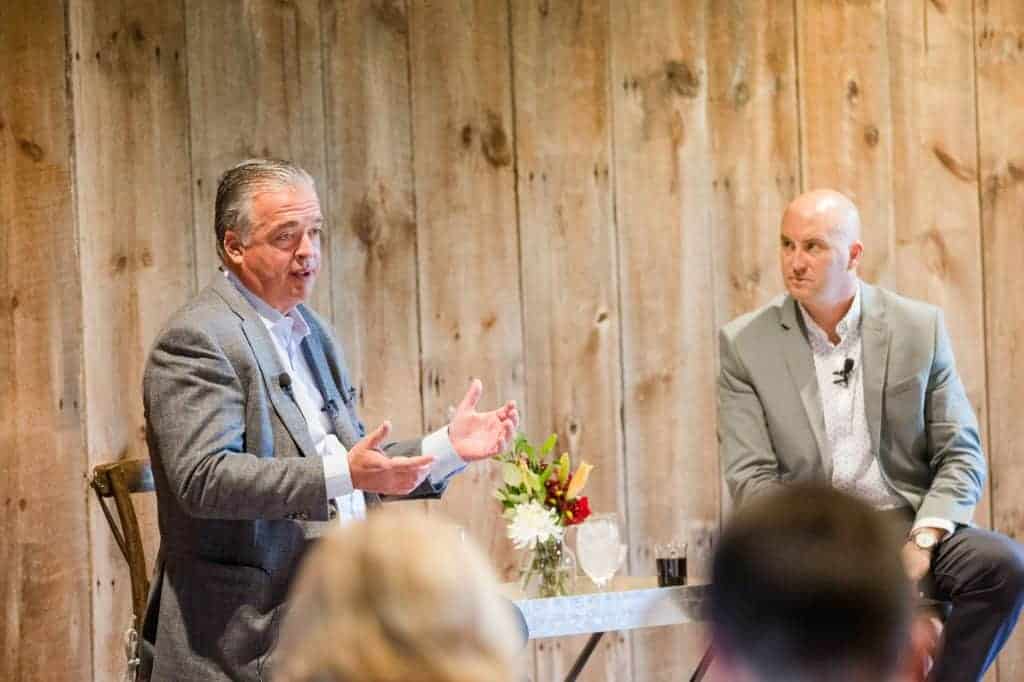 Cameron Mitchell was a self-described “troubled teen” long before he built his now-thriving restaurant business.

By the time he reached 10th grade, he was both using and selling drugs and was indifferent toward school. He lived alone with his mother, his dad having left when he was young.

But he got cleaned up. Mitchell began working toward graduation and took a job washing dishes at a local steakhouse. That job was the beginning of a long and incredibly successful career that has evolved into the roughly 90 locations he’s opened as founder and CEO of Cameron Mitchell Restaurants (CMR).

But it’s the culture at his company that is most evident to outsiders—and important to Mitchell. From the moment he decided to start his own restaurant company, he’s built that culture with incredible intention.

In our talk at my Thermostat Cultures Live event, Mitchell shared the story behind the CMR culture. Here are three important steps he says he took, and continues to take, to bring it to life.

Mitchell began crafting a set of culture and values the moment he decided he wanted to launch his own company. He says he didn’t just set out to open a restaurant—he wanted to create something lasting. And that meant it needed to be values-driven.

So he spent a month in his apartment, putting poster boards up on the walls and reading books to inspire him. And he says the blueprint he created during that month very much remains in place today.

The culture at CMR is made up of pillars that are constantly being infused into daily activity. One of those pillars, for example, is to be great people delivering genuine hospitality, and they remind associates of that with something simple that each employee is given at orientation: a chocolate milkshake.

Mitchell says he and his family once ate a restaurant that wouldn’t make his son a chocolate milkshake. And he has since instilled in his employees the idea that providing genuine hospitality means going above and beyond for guests—and that includes finding ways to make an off-menu item if it’s requested.

Most restaurant companies will readily say that when it comes to values, their customers come first. But Mitchell insists that CMR associates take priority over customers and profit. The people are what motivate him and the company as a whole to succeed, and in return, customers and investors benefit.

That has been put to the test, of course, which Mitchell welcomes. In his early days of restaurant owning, he remembers a particularly talented chef who called a manager a disrespectful name. Despite having no back-up plan for service that day, Mitchell didn’t hesitate; he let him go immediately. He knew that he needed to show he was serious about putting his people first.

“When people see you live that culture and it’s non-negotiable,” he says, “they’ll follow the same way.”

These three steps have proven successful for CMR, which boasts many employees who’ve been with the company for decades. And as the business continues to grow, Mitchell remains committed to scaling that signature culture.

“Culture and values are not something that’s just up on the wall. It’s a living, breathing entity,” he says. “Culture is the mortar that holds the brick together.”

If you want to learn more about Mitchell’s “dish room to board room story,” pick up his book, Yes Is The Answer. What Is The Question? Subscribe to The Thermostat to hear our full conversation in an episode coming soon!