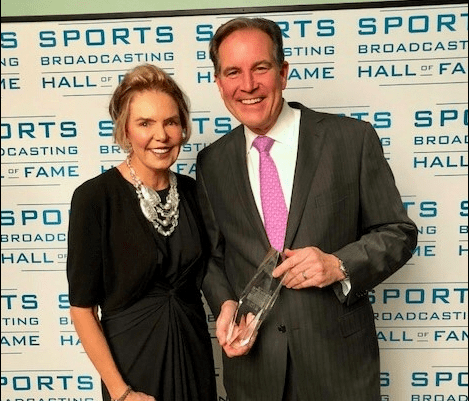 Lesley Visser is the most highly acclaimed female sportscaster of all time. She’s in 6 Halls of Fame and yet her media credentials in her early days read, “No Women or Children In The Press Box.” How does an attitude of gratitude, intentional team chemistry, and physical environments add to the culture that we experience? What are the conversations needed to continue to stimulate progress for all in the world in 2020?

1:40 – Jason speaks with broadcasting legend and icon, Lesley Visser, and welcomes her to the podcast. A true trailblazer in sports broadcasting for women and all people.

4:22 – Jason’s family one morning had the foresight to go to Berlin and to help tear down the Berlin wall. Jason shows pieces from the Berlin wall that he took when he was 8 years old. Lesley was also there at that time and tells her story.

5:22 – Lesley tells the story of her dad growing up in Amsterdam under the Nazi occupation and the trials and troubles of those times and what that means to her to be in Berlin during the times when the wall was taken down.

Yes, the challenges were enormous but I was so grateful.

6:32 – Starting out as a female in a male-dominated industry, her credentials said on them, “no woman and children allowed in the press box”. She started as a writer and that is first and foremost what Lesley considers herself; the TV role is an extension of that. The staff that she works with are in 11 halls of fame. The Boston Globe said we are going to take a chance, we are a progressive sports section, we are going to make her the first woman to cover the NFL as a beat.

8:15 – Her father was a strong influence and gave her an attitude of being grateful. With her father growing up during the Nazi occupation in Europe, she was taught not to complain about the conditions she faced but to find gratitude and to move forward. There were no ladies rooms for example as she was the first woman and no equal access to name a few. She stood in parking lots the first 7 years she covered the NFL.

9:20 – Lesley and Jason talk OSU football and the upcoming season with the no.2 ranking going to OSU this season. She recently finished a story about College football and how important it is to focus on the mental health of these players during this time. The CDC recently published a report that said in June, 11% of working adults considered suicide, a shocking statistic.

“Sport is the ultimate passport for change.”

11:35 – Jason asks which people in your life have inspired you or come to the forefront of your mind that helped you along the way. Lesley mentions Couch K and his saying which is stronger? Five fingers, or a fist? Billie Jean King beating Bobby Riggs was a moment of the women’s movement and has been at the forefront of teaching people and was very important to her and a good friend of Lesley’s. 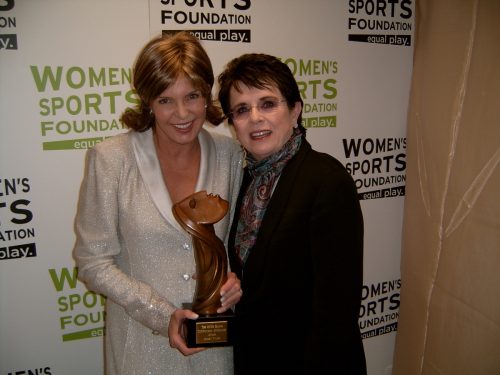 In the ’60’s she marched for equal rights and the people for social change were the ones who meant the most. The couches who she enjoyed getting to know the most would be no.1 Rick Pitino who introduced her to Bob Kanuth, her husband.

14:36 – Jason asks, how would you describe the culture of teams of broadcasters like John Madden & Pat Summerall that you have been part of? Lesley took John Madden’s bus many times across America where he would see a high school game and we would have to stop and see it under the lights in Texas. Lesley did World Series with Al Michaels and Tim McCarver, the Final Four with Brent Musburger and Billy Packer, and has been able to take the best and if you are at the top those people make it look easy.

17:30 – A lot of teams and organizations now as people are forced to work remotely are thinking about the physical environment of their workplaces. Lesley worked in stadiums and arenas. Jason asks about the actual stadiums that come to her mind. People used to ask, “Lesley what is your favorite place in America?” Lesley would answer, “Lambeau in January”. There is nothing like that field in January. Her three favorite venues over 45 years are: Fenway park, Lambeau field, and Wimbledon.

20:26 – Jason talks about a time where there is power in congregation and being together in a stadium is a powerful experience. Lesley talks about a Navy academy Zoom chat for all their players who are predominantly black and a predominantly white school, the Naval Academy and they invited all the police chiefs from the areas. The conversation was a candid conversation and how we need de-escalation training. Lesley asks Jason what can be done in the span of the black lives matter? A hard-hitting question that she dives fully into and really shows why she is a legend in broadcasting.

25:01 – “Sport is the ultimate passport for change.” – Lesley Visser. We see that with Lebron James and so many other athletes who are stepping up now.

26:15 – Women are still harassed in the workplace, that they felt there weren’t allowed to pursue their dreams but for Lesley the Globe never pressured her in any way. If you are going to speak you have the potential to be humiliated. She does feel that you see so many in sports and the woman who seems great, are great!

28:20 – Lesley remarks on Jason’s book, Step back from baggage claim and asks of the city of Boston what can you remark about that city? Jasons says that in Boston everybody was quick. In Boston, three things matter, 1. Politics 2. Sports 3. Talking. Boston is a verbal city and don’t take the floor unless you have something interesting to say.

Remember, maybe living a finite life but we are also playing an infinite game. An infinite mission, infinite vision, and hopefully infinite values that carry on beyond us. So in the midst of our finite life how do we keep our eyes fixated on that infinite game that we are trying to lead progress.

If you like the podcast, have a question, or just want to share your thoughts for about daring to begin please leave a comment below or please leave a review on Apple Podcasts or Google Podcasts.

A thermostat is proactive. It sets the temperature in a room. Controls the temperature. Regulates the temperature. But in today’s distracted, fast-paced and digital world, it’s easy for individuals and organizations to act more like thermometers, slipping into reactionary thinking, becoming scattered and inconsistent. The most compelling leaders, teams, organizations, families or collection of humans of any kind operate in thermostat mode. They calibrate their mind and heart to set the temperature for the vision and culture they want to create. Jason Barger, globally celebrated author, keynote speaker, and founder of Step Back Leadership Consulting, is the host of The Thermostat, a podcast journey to discover authentic leadership, create compelling cultures and find clarity of mission, vision, and values.