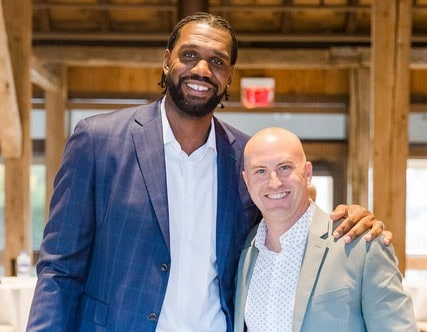 Only 73 people on the planet have ever known what it feels like to be a #1 NBA Draft Pick. This journey of massive success at the age of 19 to missteps and dealing with that which is out of our control, is powerful. Courage + Positivity + Next Steps.

1:20 – Things don’t always go the way we want them to go and it important to adjust your thermostat. Jason introduces Greg Oden; the number one NBA draft pick of 2007 and crafts an inspiring tale from Greg Oden’s journey. Oden was the number one draft pick, number two was Kevin Durant. At 19 years old, Oden was at the pinnacle of his career then his body broke down and it was hard to adjust. What would you do if you found yourself in that place?

4:45 – Greg Oden talks about his childhood growing up in Buffalo New York and a move to Indiana. Having a hard-working mother working two jobs to support their family helped shape Oden’s work ethic.

6:30 – Oden dunked for the first time in seventh grade. He was a gifted child with considerable skills that allowed him to have a meteoric rise in basketball.

8:20 – G-O’s favorite accolades were the Gatorade player of the year where he got to travel to the ESPY’s in high school.

10:00 – From Mike Conley to Cook to Ron Lewis, Greg Oden breaks down each OSU basketball player on the team and why they were so successful. Not to say the least, Coach Matta.

11:30 – Oden tells a fun story of the national championship game and how Coach Matta inspired the team for that game during the half-time speech.

13:41 – The next day after the NCAA championship, NBA draft talks begin. Oden’s name is mentioned as a top player choice for the NBA. He is projected to go to number one. One draft day, the Portland Trailblazers announce Greg Oden for the number one draft pick in 2007, Oden tells his story and shares his biggest regret with the whole experience.

16:40 – Greg Oden is 19 years old and declared the new savior of Portland. A parade is thrown in his honor and people literally come up to him saying, “you are going to bring us the championship to us, you will save our city”.

18:35 – 40 Days pass, and while he is under for a routine scope on his knee, the doctors make a decision to perform a complicated surgery on his knee. Oden wakes up and is told he will be unable to play basketball for the rest of the season.

21:10 – In a span of three years, Oden had 4 knee surgeries. How can he cope, how could you cope? Having money, youth, fame, but he is depressed and unable to play. Pills, drugs, and a downward spiral follow him during this painful time.

25:21 – At 7 feet tall, Greg Oden can’t hide. When Oden ventures into a coffee shop, everyone turns and looks at him. At a time in his life when all eyes are fixated on him, Jason asks the question, “and then what?”

27:30 – Negativity feeds Oden during the time when he was arrested for domestic violence. Finding himself in a jail cell, he sees a TV with ESPN on it and knew that he had hit rock bottom.

30:10 – Jason asks, “what are you doing now to shift your mindset?”. A call from Thad Matta helps change Oden’s life by going back to Ohio State to graduate college.

35:52 – Oden is able to own his story and to tell it is courageous. Jason shares how this is a lesson for our own leadership. How does this story connect? G-O tells how the decisions that he made all equal to a poor mindset that affected himself and he didn’t realize at the time that he was the business.

37:40 – Jason and Greg take questions from the audience and share his insights on the lessons that he has learned and how he could have made different decisions. 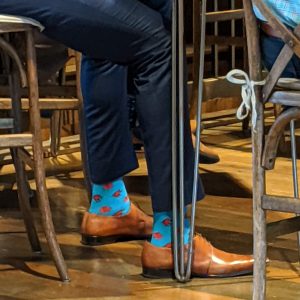 A thermostat is proactive. It sets the temperature in a room. Controls the temperature. Regulates the temperature. But in today’s distracted, fast-paced and digital world, it’s easy for individuals and organizations to act more like thermometers, slipping into reactionary thinking, becoming scattered and inconsistent. The most compelling leaders, teams, organizations, families or collection of humans of any kind operate in thermostat mode. They calibrate their mind and heart to set the temperature for the vision and culture they want to create. Jason Barger, globally celebrated author, keynote speaker and founder of Step Back Leadership Consulting, is the host of The Thermostat, a podcast journey to discover authentic leadership, create compelling cultures and find clarity of mission, vision, and values.