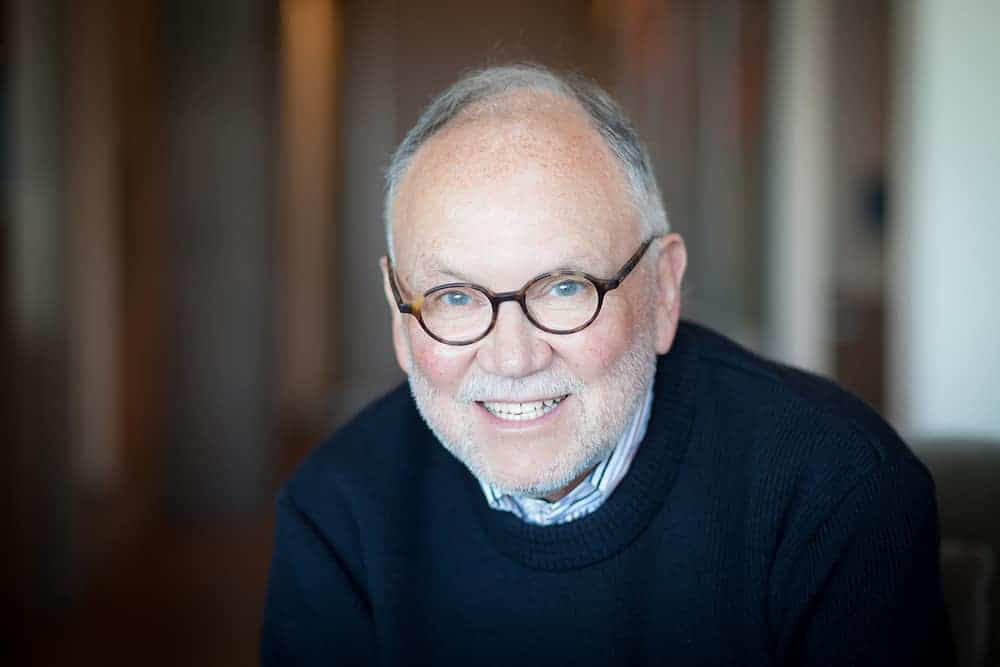 Howard Behar on Starbucks, Culture & Hope for the Future

Longtime Starbucks President Howard Behar will headline the second annual Thermostat Cultures Live one-day retreat on Nov. 9 in Columbus, Ohio. Here, the executive-turned-author, speaker and consultant talks about culture, priorities and why he’s excited to team with Jason Barger for another life-shaking day.

Q: You helped build one of the most groundbreaking corporate cultures in history at Starbucks. How did you manage that while building the company from 28 stores to 15,000?

Q: You shared a great story at last year’s Thermostat Cultures Live about how you compiled your to-do list upon starting. How’d you do it?

A: When I first got there, I held a meeting with all the store managers and all the district managers—it wasn’t a lot of people. I asked, “What do you like about it (the company), and what do you not like about it? What would you fix?” It lasted about half a day. There were maybe 200 to 300 items on that list. That became the marching plan of what we needed to do.

Q: Starbucks, which has become known for its positive culture, obviously dealt with a serious mistake earlier this year. How did you think the company handled its response?

A: I thought the company did really well. I thought they stepped up, took ownership of it, and didn’t shy away from what needed to be done. They did what they needed to do. They got everybody’s attention, first of all, inside the company. A half a day of education and development doesn’t solve that kind of problem. (But) I think that half a day got everybody to notice this is something that mattered. And I think it also sent a message outside of the company.

Q: Was it hard to watch that play out from sidelines?

A: I talked to Howard Schultz a couple of times, not to give him advice, just to encourage him. I was affected by it. I was disappointed, but I was proud of how they responded.

Q: What was Howard’s mindset through the situation?

Q: What positives do you think came out of the situation?

A: I think that we paid attention to something that we thought we weren’t having any problem with. And I think it was a signal to other people and organizations: Hey, you better be paying attention here.

Q: And speaking of people paying attention to the nuances of culture creation, let’s talk Thermostat Cultures Live. You headlined the inaugural event last year. What did you think?

A: I loved it. I thought it was fantastic. From the minute you got into the room with everybody there, there was just an energy that was amazing. And it stayed like that the whole day.

Q: Did you learn anything?

A: I felt energized, charged up.

Q: What does Jason bring to this, or anything he does, that’s special?

A: Aw, Jason. Jason just brings his energy, his kindness, his love, his caring, his passion for this. He just puts it all out there. You can feel it when he’s talking—this is something he deeply cares about.

Join Howard Behar along with author, speaker and leadership coach Jason Barger and others at Thermostat Cultures Live on Nov. 9, 2018 in Columbus, Ohio.

Reserve your seat for this interactive day to connect, learn, grow and thrive at www.thermostatcultureslive.com.